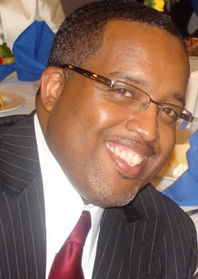 In 2007 while in Africa on a missionary trip, Reverend Avent answered the call into the ministry and began preaching the gospel of Jesus Christ. He preached his initial sermon in April 2008. He also served as deacon, Sunday school teacher, and associate minister at First Baptist Church Berkley (FBCB) in Norfolk, Virginia under the leadership of Reverend Dr. William D. Tyree, III. Reverend Avent relocated to North Carolina in 2012 and joined First Calvary Missionary Baptist Church. In December 2013 Reverend Avent was ordained for the full ministry of the gospel. Rev. Avent began his first pastorate in January 2015 by being installed as the 5th Shepherd of First Calvary Missionary Baptist Church in Rocky Mount, North Carolina. He brings to First Calvary a ministry with the emphasis in “Spreading the Glory of God in All Things for All People Through Jesus Christ”.

Reverend Avent was Commissioned in the Uniformed Services in 2014; and currently serves as an officer in the United States Public Health Service (USPHS) Commissioned Corps. Reverend Avent attends Southeastern Baptist Theological Seminary in pursuit of his Master of Divinity (M-Div.). He currently resides in Wake Forest, North Carolina with his wife Stephanie L. Avent of Newburg, Md. They are the parents of four children Armonee, Rodney, Jr., Cameron, and Caleb. Reverend Avent’s favorite scripture is Romans. 8:28 “And we know that all things work together for good to them that love God, to them who are called according to His purpose”. (KJV)